With the strong support of national policies, pure electric commercial vehicles have achieved an eight-fold year-on-year growth rate in 2015. At the same time, however, due to the battery technology, the short-lived course of electric vehicles still exists. "Generally speaking, a vehicle with a cruising range of 300km can only be reached with a constant speed and no-load and without air conditioning, and this does not take into account long-term battery decay will lead to further decline in mileage." A pure electric Mr. Li, a commercial vehicle owner, told reporters. According to the urban working conditions, a pure electric vehicle that is pursuing a 300km battery life can only drive about 230km. 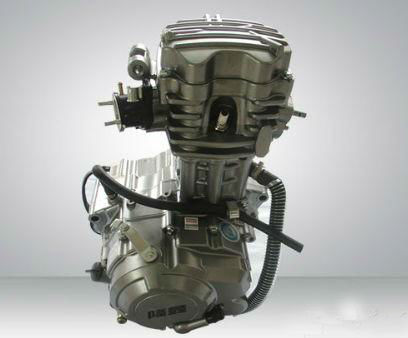 "From a large perspective, everyone is very optimistic about the future of pure electric vehicles, but from the current point of view, pure electric battery technology has not completely broken the current, can not meet the needs of the owners; and hybrid power and there are users only use oil Charge loopholes. Therefore, the increased-range engine is a very good transitional program. Its advantage is that it is a purely electric drive, and it can also use gasoline and diesel to charge the battery.â€ Steyr Power (Changzhou) Engine Co., Ltd. Marketing and after-sales service The chief representative of the Asia-Pacific region, Rui Haibing, told reporters.

The engine of the extended-range electric vehicle consists of a generator (a small engine extender) and a power battery pack. When the on-board battery power consumption reaches the lowest critical limit, the extended-range engine will automatically start the drive generator and generate power for the drive motor. Or power battery to provide power to achieve up to hundreds of kilometers of battery life. Popularly speaking, the range extender is equivalent to a "charge treasure" of the power battery. With it, it can effectively overcome the "mileage anxiety" of the electric vehicle driver.

In the field of passenger cars, GM launched the new energy model Wolanda as early as many years ago. In April of this year, Siemens and Valeo signed an agreement to form a joint venture that will target the global production and sale of high-voltage motors, range extenders and chargers for electric vehicles and light vehicles. Prior to this, BAIC also announced that it would be expected to launch an additional-range electric vehicle in 2017. In addition, some domestic parts and components companies, such as Dongan Power, are also basing their efforts on technology development and product launches in this area. However, in the field of commercial vehicles, the application of an upshift engine is still in its infancy. However, in the opinion of Qi Haibing, with the encouragement of policies and the rationalization of the market, the market for electric commercial vehicles will increase gradually.

In the country's "Made in China 2025", it was clearly proposed to develop a "high-performance plug-in hybrid powertrain and an additional engine." Focus on the development of new-type structural engines, high-efficiency and high-density generators, and study the key technologies for the integration of high-efficiency engines and generators, and form the autonomous development and supporting capabilities of the range extender systems.

On April 29 this year, the Ministry of Finance and other four ministries jointly issued the â€œNotice on Financial Support Policies for the Promotion and Application of New Energy Vehicles for 2016-2020â€. The subsidy policy for Zengbus has also changed. Prior to this, The subsidy standard for electric hybrid buses (including extensions) is measured according to the length of the bus. The length L â‰¥ 10 subsidies is 250,000. The new subsidy standard is divided according to the pure electric driving mileage division: 50 â‰¤ R <100 subsidies 200,000, 100 â‰¤ R <150 subsidies 230,000, 150 â‰¤ R <250 and R â‰¥ 250 models are subsidized 250,000 yuan. At the same time, subsidies for 2016 increased the subsidies for trucks: special vehicles such as pure electric vehicles, plug-in hybrid vehicles (including incremental vehicles), and 1800 yuan per kilowatt hour for battery vehicles. This will, to a certain extent, bring positive benefits to the development of commercial vehicles that increase the program.

â€œCurrently including Weichai and Yunnei Power are all devoted to the development of a range extender.â€ Yan Haibing told reporters that Steyr's M12 extended range series engines have been officially launched in the near future. "This market may usher in rapid growth, so we must seize the opportunities." He said that in the first stage of the first stage of Steyr 110,000 units of capacity planning, there will be more than half or more of the increase program products.

System architecture, control is relatively simple, and the increase in the size of the product does not have a certain degree of market competitiveness, because it can charge the battery on the road, so the vehicle can be carried as little battery pack, not only cost savings, in There will also be some advantages in lightweighting. Only under the influence of current policies and the use environment of all parties, the application of this technology is still in its infancy.