China produces nearly 1.3 billion tons of coal per year. Most of the coal is directly burned as energy. The coal processed by deep processing is less than 30%, which seriously pollutes the environment. The cumulative amount of coal gangue has reached 70 x 108t, and it is increasing at a rate of 1.5X108t per year. The deep processing of coal gangue is less than 15%. The combustion and utilization of coal can discharge a large amount of harmful gases into the atmosphere every year. Only S02 has reached more than 18 million tons, C1\190m3, and more than 15 million tons of soot. The coal mine emits nearly 1.4 billion tons of polluted water every year. The area of â€‹â€‹surface subsidence caused by mining has reached 400,000 hm2, and the average annual increase rate is 15,000 hm2.

Coal mining and utilization is one of the root causes of environmental degradation. It destroys the ecological environment at three levels, causing air pollution and acid rain in the air. The surface causes collapse, destroys the fertile land, causes the river to divert, and mine drainage and Drainage seriously affects plant growth and accelerates soil erosion; underground causes the wells to dry up, destroying the water resources environment, and making China's already severe water shortage worse.

1.2 Consequences of coal mining and utilization

Direct coal combustion is an important cause of air pollution. Among them, S02 emissions account for 87% of the total national emissions, and increase at a rate of 3.8% per year. It is the root cause of the formation of acid rain, which has serious consequences for industrial and agricultural production. Only the two provinces of Guangchuan and Guizhou have caused economic losses of 14 billion yuan due to the influence of acid rain. In the air, 60% of the suspended solids are derived from coal combustion.

Surface subsidence and subsidence caused by mining can cause deformation and damage of buildings and structures, and farmland irrigation systems fail. Mine drainage destroys water resources and groundwater level, and deteriorates the water ecosystem. This makes the drought and water shortage situation in China more serious. Many mines have dried up their wells and caused desertification in some mining areas. The surface composition, water quality and photosynthesis of coal gangue, coal slurry coal surface transportation and power plant fly ash pollution in the mining area make the ecological environment fragile and difficult to reconstruct.

2 The position of coal in China's economic construction

2.1 Coal is an important energy source for China's economic development

While the coal industry has made significant contributions to the national economic construction, it is facing the dual pressure of its own development and environmental protection. For a long time, the principle of the post-production life in China's coal industry has existed. Most of the mining areas have seriously lag behind, and most of the mining areas live. Behind, the miners have a low social status. Because the coal industry has been controlled by the planned economy for a long period of time, coal products are single, high-tech, high value-added products are few, coal prices are seriously dysfunctional, and profits are transferred. In 1985, the state implemented the â€œrelocation and relocationâ€ of coal mines. Due to the heavy burden of history, the coal mines have no ability to repay loans. There are many retirees, the quality of employees is not high, and the understanding and preparation of the market economy is insufficient. Although the overall environment of the coal industry has improved in recent years due to the implementation of the national shut-in production policy, most mines are still in various factors. A state of serious loss.

On the other hand, with the improvement of people's living standards, society's requirements for the environment are getting higher and higher. The coal industry is the source of pollution, is the focus of environmental governance, but the lack of funds, commercial banks are unwilling to its credit, can not use mine a lot of money to environmental protection and management. Formed a vicious circle.

2.3 The coal industry must change the status quo

If the pollution of the coal industry is not treated, it must be punished by the environment and society. China is already in the era of only children, the dirty, chaotic and poor environment of the mining area, compared with other industries, it is impossible to attract talents to the coal mines for employment. At present, there are difficulties in enrolling students in mining professions. Graduates are reluctant to work in mining areas, and the loss of technical personnel in coal mines is severe, and the need for skilled personnel is urgently needed.

If the pollution caused by coal mining and utilization is not treated, it will seriously affect the production and life of human beings. The development of the coal industry will inevitably be restricted and will be gradually eliminated. Therefore, in order to develop the coal industry, we must take the road of sustainable development and strengthen environmental protection work.

(1) Coal seam allocation Most of China's coal mines are multi-coal mining, and the coal quality of each coal seam is different. When determining the mining method and mining sequence of coal seams, the single coal seam mining is changed, and the coal seams are rationally coordinated and matched as much as possible. Reduce the content of coal ash and harmful gases in mines. Make the sulfide content lower than the national standard. Coal seam mining can reduce the surface subsidence intensity.

(2) Meteorite filling and reforming roadway layout Using ancient stone filling technology, the meteorite does not exit the well, and the coal gangue is used for filling the roadway and filling the goaf, that is, the roadway is opened less, the roadway support strength is increased, and the meteorite is transported to the ground. After the pollution caused by the environment. Change ideas and concepts, strengthen the reform of roadway layout, open coal roadways as much as possible, and dig less roadway.

(3) Coalbed methane mining Most coal mines in China contain a large amount of gas, and a considerable part of the mines are gas-exposed mines. Actively conduct research on coalbed methane mining technology, improve gas drainage effects, and provide clean energy for the society, that is, ensure coal mines. The safe production has increased the economic benefits of the mining area.

(5) Modify coal technology policies and norms, change ideas, limit the mining intensity of coal seams that cause serious pollution to the environment, and limit the exploitation of shallow surface coal seams, and then mine after the technology is mature. Actively carry out research on underground coal gasification, liquefaction and bio-type mining technology, and fundamentally eliminate pollution of the environment caused by coal utilization.

(1) New coal preparation technology, the traditional coal preparation technology is mainly to select vermiculite and clean coal. However, there are fewer harmful chemical components such as sulfides, and a new process for treating harmful gases is added during the coal preparation process. A certain amount of additives is added to reduce the components of harmful substances in the clean coal, and the gases discharged after the coal is burned. Meet national emission standards. Adding dust-reducing and desulfurizing additives to the production of coal briquettes to produce environmentally-friendly briquette. Carry out research on bio-type coal to thoroughly control the pollution caused by coal combustion to the natural environment.

(2) To prevent direct burning of raw coal, the state and localities should proceed from the actual situation, formulate certain guidelines and policies, promote the use of briquette and coal blending technology, and reduce the pollution caused by coal combustion to the atmosphere.

(3) Utilizing advanced coal deep processing technology, the current coal water slurry technology has passed industrial tests. The state should attach importance to and promote the promotion of coal water slurry technology, and reduce the pollution caused by large enterprises directly using raw coal. Actively carry out experimental research on coal-to-oil, that is, to alleviate the shortage of oil , and strengthen environmental protection work.

(4) Fly ash treatment technology, the fly ash after combustion in the thermal power plant is added with a certain amount of calcite and other chemical components, so that the burned fly ash is directly used as cement aggregate or applied to other industries to make fly ash Get comprehensive utilization.

(5) Make full use of the mine water resources. After the simple discharge treatment, the mine water discharged from the coal mine can be used to water the farmland, which can alleviate the drought situation in northern China. The deep treatment of mine water can fully meet the production and domestic water standards.

(6) Coal gangue treatment technology, coal gangue can be used to make bricks and produce colored ceramics, and can also be used as cement raw materials. Coal gangue that is overheated is a good material for the roadbed.

(7) Coal slurry treatment technology, the coal slurry water of the coal preparation plant should realize closed circuit circulation, and the slime can be used to make fertilizer, coal water slurry and briquette. After the slime is dehydrated, a certain amount of additives can be directly used for boiler combustion.

The coal industry is a major environmental pollution, but it is also the basis for the development of the national economy. In order to change the backward situation, coal enterprises should actively strive for national and local support, rely on their own efforts, take the road of environmentally-friendly coal technology, and provide clean energy for China's economic construction, in order to completely eradicate pollution sources and embark on a path of healthy and rapid development. 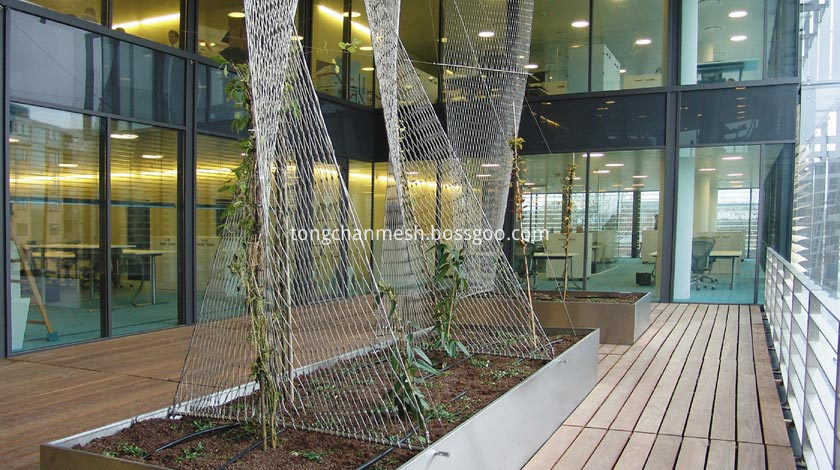