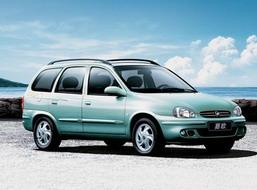 According to relevant data, in November 2012, Shanghai General Motors sales reached 140,193 units, an increase of 20.6% year-on-year, setting the highest monthly sales record for the company since its establishment in 15 years.

So far, Shanghai GM's cumulative sales this year have reached 1,281,635 vehicles, an increase of 11.3% over the same period last year, much higher than the average growth rate of the industry.

The Buick brand sold 70,172 vehicles in November, a year-on-year increase of 17.4%, confirming the scientific and technological charm of a new generation of products under the Buick brand â€œEuropean Technology and Innovation Experienceâ€ strategy. The highly-respected Buick brand new SUV Angkola ENCORE is expected to be built on the basis of the universal global newest four-wheel drive compact SUV platform, capturing the Buick's next-generation design language and the compact SUV of the luxury SUV Angkeley. Sales of 6,025 vehicles, orders more than 20,000, won the market with excellent results to opener. The high-end executive-class sedan Buick LaCrosse teamed up with the high-end sports coupe Buick Regal to lead the mid-to-high-end car segment with precise differentiation positioning and strong product strength. In November, it achieved sales of 17,409 units, up 15% year-on-year. Yinglang GT sold 13,209 units this month, and sold 17,716 units with Yinglang XT, an increase of 16% year-on-year. Buick Excelle sold 23,381 vehicles in November, and this year's accumulated sales have exceeded 260,000. The listing has so far received the trust of more than 1.8 million vehicle owners. This means that in China, on average, nearly 800 Excelle owners are produced each day. The Buick GL8 luxury commercial vehicle and GL8 commercial vehicle sold 5,617 vehicles in November, continuing to defend the position of the king in domestic high-end MPVs.

The Chevrolet brand sold 66,761 units in November, and achieved the best monthly sales performance in history, up 24.9% year-on-year, which means that the 100-year brand that fully understands the needs of young people is entering a new path of rapid development. The Chevrolet high-end flagship Mai Ruibao, which is rated as the king of high-end cars, sold 7,697 vehicles this month and has gradually become the backbone of the Chevrolet brand. The U.S. urban power SUV Copaci sold 3,798 vehicles in November. Under the blessing of the purchase fund, 7 Copaci are the only international brand 7-seater four-wheel drive urban SUVs priced at less than 230,000 on the market, accounting for up to three points. The second, especially welcomed by the modern family of three generations. With the excellent performance of Malibu and Kopaca, Chevroletâ€™s mid-to-high-end models have rapidly increased to 18%. At the same time, Chevrolet maintains its leading position in the traditional market. Cruze has sold over 10,000 sales reports for 39 consecutive months. It has sold 22,216 vehicles this month, and the number of domestic owners has exceeded 710,000. The "National Ideal Family Sedan Chair" Chevrolet New Sail sold 26,143 vehicles in November. With the launch of the newly upgraded Happy New Sail, the happy life of young domestic families will be upgraded again. Since its listing in January 2010, the cumulative sales volume of the new Chevrolet Sail has exceeded 100,000 vehicles, making it the only domestic exporter of single-passenger models for passenger cars. The new Chevrolet 2013 model, which was just launched, has undergone significant improvements in powertrain, exterior trim, and technology deployment. In November, it sold 2,040 vehicles.

The Cadillac brand sales reached 3,260 units in November, an increase of 8.4% year-on-year. Among them, the sports-luxury SUV Cadillac SRX sold 2,082 units this month, and this year's cumulative sales volume was close to 20,000, ranking first in the mid-range luxury SUV market. The Cadillac SRX, which stretches across the United States Route 66, has accumulated sales of more than 50,000 vehicles so far, thanks to its sporty styling, outstanding product strength, and rich configuration. The e-AWD intelligent all-wheel drive system equipped with five power distribution modes provided by the SRX can automatically adjust and distribute the driving force according to the real-time road conditions, which is also an important reason why it is highly praised by consumers. The Cadillac "V" series of high-performance family "invoke the opponent" is the latest masterpiece of the CTS-V Coupe. Its 0-60 mph acceleration takes only 3.9 seconds, providing an unparalleled sense of control to drivers who are willing to challenge the speed limit. Recently, the CTS-V Coupe has been successfully delivered to domestic owners. The most valuable mid-level luxury business car, the SLS Seville, sold 1,029 vehicles in November. Together with the Cadillac CTS family, the Cadillac â€œVâ€ series and the Cadillac Escalade Hybrid, they jointly debuted the Cadillac brand.